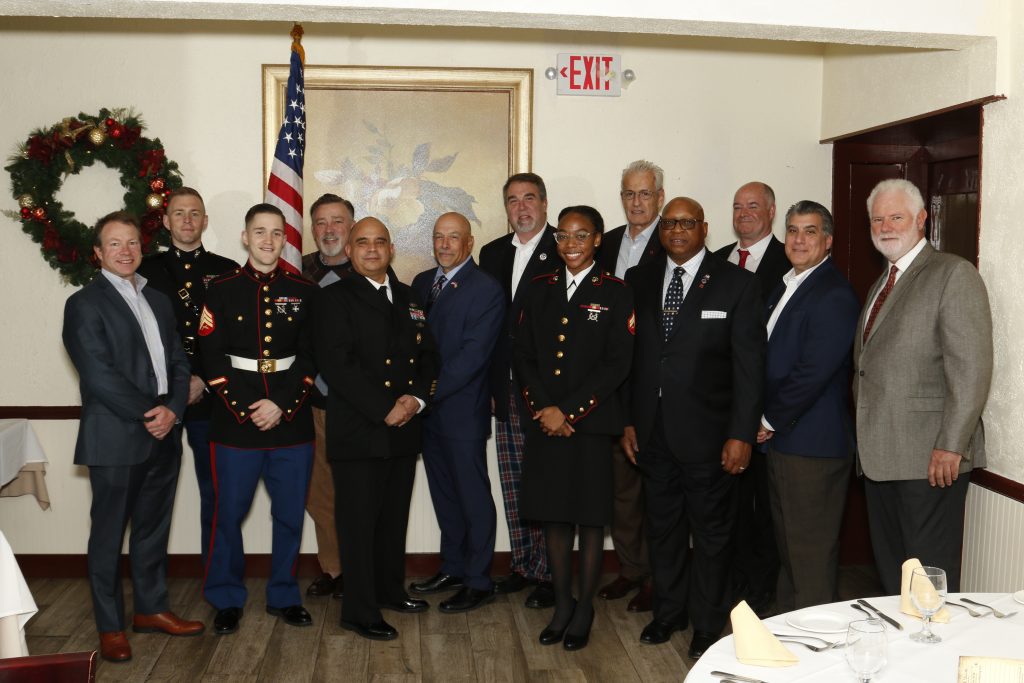 In honor of their bravery and service, the Long Island Council of the Navy League of the United States presented to Steinhauer, Nelson and the family of late Evanzia special awards that stated, “Thank You For Your Service To Our Country and Your Commitment To Our Community.” 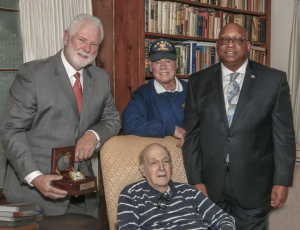 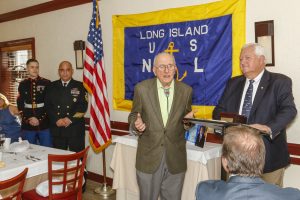 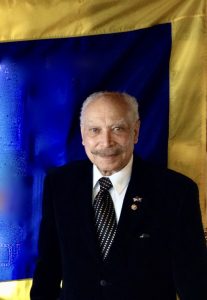 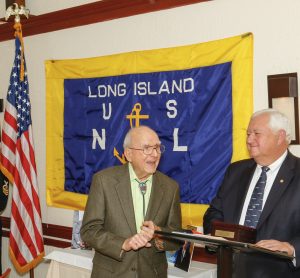 In thanking the veterans  for their service to the United States of America, President Noakes quoted General George S. Patton who said “Wars are fought with weapons, but they are won by men. It is the spirit of men who follow and of the man who leads, that gains the victory”. Invocation was provided by Long Island Council of the Navy League of the United States Vice President and Chaplain, Reverend Owen W. Watford of Hempstead, NY. Additional remarks were contributed by active military members Naval Operational Support Center (NOSC) Commanding Officer, Commander Creighton Ho along with U.S. Marine Corps 1st Lieutenant Owen VanWyck.

The Long Island Council of the Navy League of the United States provides important regular support. This includes assisting members of the US Naval Sea Cadet units ages 13 through 18, outstanding American men and women veterans through the Wounded Warrior Project and the Warriors to Work Program, as well as members of the Voyages of Discovery Group.This Long Island World War II Veterans Recognition event, held at Villa Olivetti in St. James, NY, brought together some fifty veterans, dedicated defense contractors, and Navy League supporters.