For over twenty years Retlif has provided the Sachem Aftershock Robotics Team with engineering support, financial assistance and internships at the Retlif Ronkonkoma (New York) headquarters. High school students from both campuses of Sachem Central School District have been involved in hands-on robotic science, and though students change as they progress through high school, the enthusiasm of each class is remarkably the same from year to year. Team 263, Sachem Aftershock is currently deeply involved in the 2022 Build Season.

Retlif Executive Vice President William Hayes (East Islip, NY) stated, “We are extremely proud to sponsor Team 263. With this support we are helping to mold the engineers and scientists of tomorrow in a world where technology is at a premium and where expertise is in high demand. We find that the students are very committed, enjoy competing and applying their skills, and that they want to win. That’s a tribute to all the participants and the Sachem faculty including Andrew Cifuni, Robert Wentzel, and James Byrne, who devote their time and energy to a positive learning experience that may prove extremely for those seeking STEM careers, science, technology, engineering and math.”

The Sachem Aftershock Robotics Team has consistently ranked in the top 1 percent of competing teams. Students are taught to follow a policy of gracious professionalism and sincere cooperation. Retlif President Walter Poggi stated “designing, testing, troubleshooting and building a robot means that students are exposed to technical engineering skills, learn how to program, and most importantly, develop a sense of personal responsibility through regularly scheduled weekly meetings and workshops.” 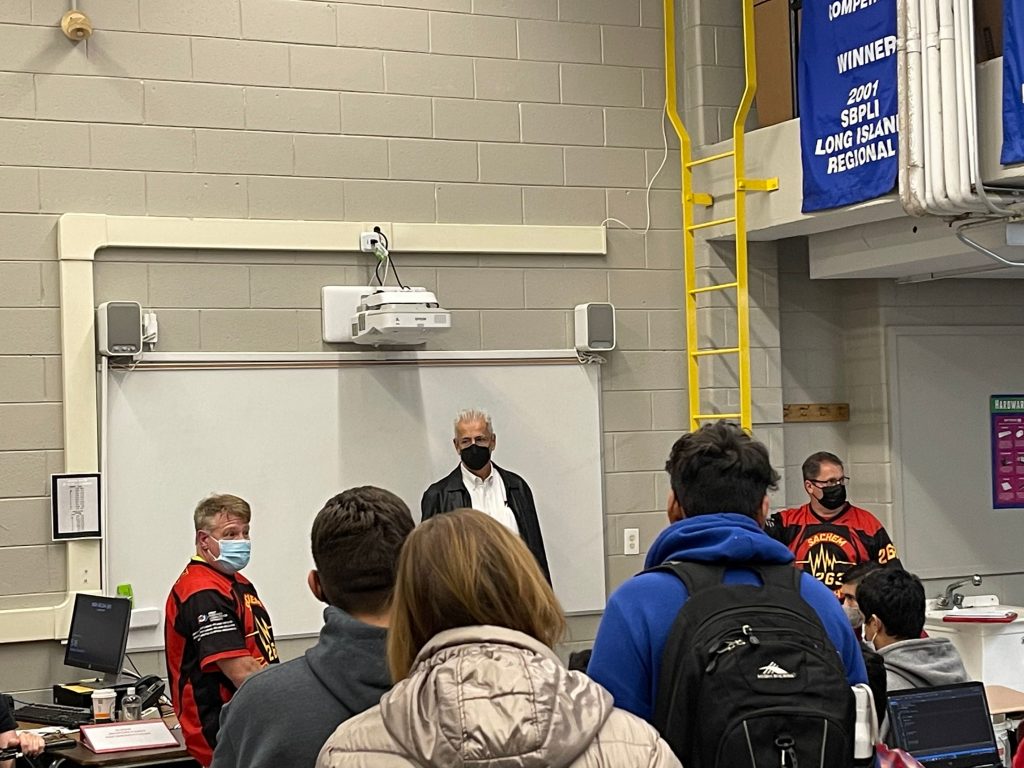