Of Stats and Bats: An Opinion 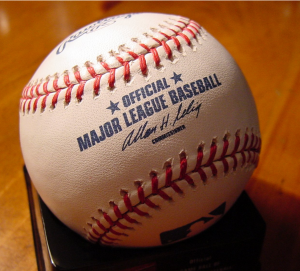 Of Stats and Bats: An Opinion   by J.P.Stanco

Wow, this article is a minefield of statistics versus memories versus intangibles.

All three elements deserve a great deal of consideration. Stats, including virtually all “modern stats” are very good measuring instruments that should be considered in ‘evaluating’ performance.

Personal memories… meaning ‘I was there when so and so dove into the hole, backhanded a rocket and threw a laser strike to nail the fastest baserunner in the world at first to end the game.  No one else could have done that’…are equally important if somewhat less reliable over time.

Intangibles include things like how far back did a third baseman move when Harmon Killebrew strode to the plate bat in hand with the bases loaded? How did that sway the game? Or how many times did a hitter change his mind about stretching a single into a double when he realized the right fielder was (pick ‘em) Roberto Clemente, Al Kaline, Dave Parker Jay Buhner, Tony Armas, Vlad Guerrero Sr or overlooked/underrated players like Ellis Valentine, Dwight Evans, and Carl Furillo)?  How many times did a baserunner stick close to the bag when Johnny Bench or Ivan Rodriguez was behind the plate?  Most of the time.

Did you take a huge lead off first when Andy Pettitte or Steve Carlton or even age old Jamie Moyer was pitching? Not if you were smart. How valuable is that in a 1-0 game?

Did you crowd the plate when Bob Gibson or Don Drysdale or Tom Seaver (an overlooked key to his success) was on the mound? Maybe once or twice if you were Frank Robinson, but for the less fearless majority, once.

Did you go halfway to third base or tag up at second when Joe DiMaggio turned his back to the infield and went for the ball hit directly over his head? Hmm.

All these intangibles affected the game as it was being played on the field, not in the press box, not in Sports Illustrated or online, and these nuances are almost impossible to be measured accurately.

And then there is one more thing: the field leadership, the confidence that comes from knowing your ace is on the mound or Willie Mays is in centerfield or George Brett is up and the game is on the line. Anyone who ever played Little League, high school or college ball knows that  feeling. Even sandlot or sewer baseball.  You can’t measure the value of such intangibles.

That’s what makes baseball the great game that it is.

Ed. Note:  This article is in response to an article in Stadium Talk  by  Paul Ladewski, updated July 19,2021, “Worst MLB Hall of Famers”