Game Seven of The World Series of Politics.
First conjure the voice of Vin Scully in your mind. It can be John Sterling or Keith Hernandez if you prefer. Or even David Muir if you’re not a baseball fan. Or Andy Esposito who calls a great game! And here’s a game seven of The World Series of Politics!
Stout righthander “Three-finger Donald” Trump on the mound for the D.C. Reds, slugger “Joe the Scranton Schoolboy” Biden at the plate for the Delaware Blues.
The score is tied through eight innings, zero zero. No runs no hits, many errors. Bases loaded on three consecutive walks. Two outs. Can the defending champion get out of this jam unscathed? He has the great curveball and a sneaky fastball hitting the outside corner just like the last series, 4 years ago. But the upstart challenger is great at taking that pitch to the opposite field. Chief Umpire John Roberts calls “enough talk. It’s the ninth inning. Play ball!”
Trump nods. He’s ready. Big windup out of the stretch. The pitch. Make America Great Again! Right on the black of the plate for strike one. Biden steps out and adjust his mask and spits tobacco juice. Trump toes the rubber and delivers to his catcher, number 8, “Indiana Mike” Pence. Low. One and one count. Trump quick pitches out of a no wind up and Biden fouls it off nearly hitting the on deck batter, K.D. Harris. One ball two strikes. You can hear the crowd’s roar all the way from the polling places! 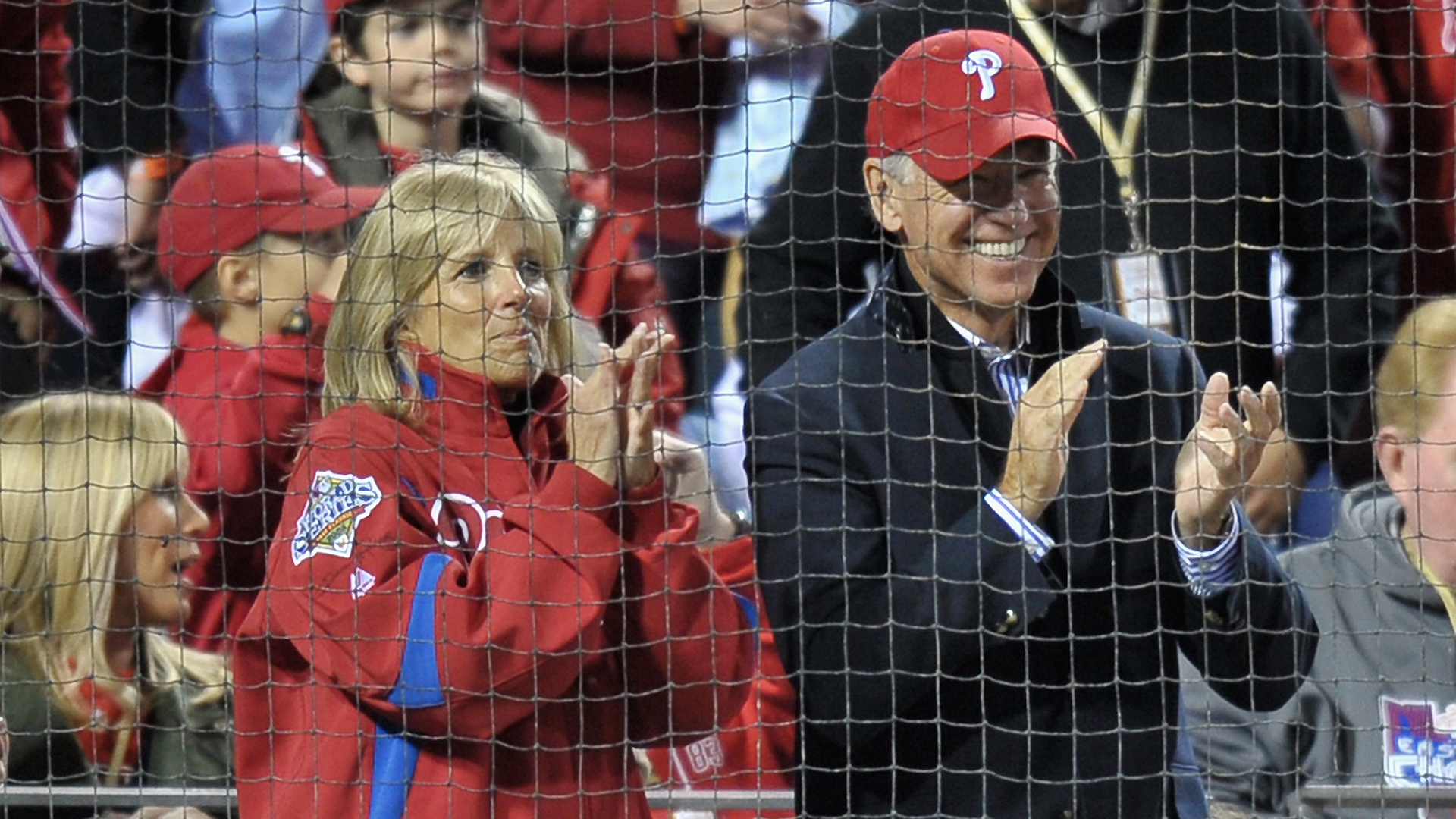 1920 × 1080
Trump winds up, bounces a splitter in the dirt. Two two. Biden steps out and demands a pitch down the middle. Trump throws a high hard heater and Biden dives to avoid it. Doc Fauci jogs out to see if Biden is ok. Trump pushes him back toward the dugout. The umpires converge and rookie plate ump Amy Barret threatens to throw them all out of the game. Blues manager Clinton runs onto the field to protest. Barret throws her out of the game, everyone is relieved, and play resumes.
Full count 3 balls two strikes. Biden waits impatiently kicking up dirt. He points to the rightfield stands and waves his bat menacingly. Trump glowers, takes a deep breath, drops the rosin bag, cleans his cleats and looks in for a sign from Pence. He shakes his head no.
From the Blues’ bench Pelosi yells wisecracks. Trump yells wisecracks back. Reds Manager McConnell jogs out to the mound and whispers to throw a 3-2 curveball because Biden is locked in on the fastball. Surprisingly, Trump agrees.
Bases still loaded. Trump wipes his fingers, steps on the rubber, takes a deep breath. The runners are ready to go. The wind up, the pitch…
Stay tuned.