Esposito: Rockin’ Like Baseball: The Only Halls of Fame That Make You Think

Esposito: Rockin’ Like Baseball: The Only Halls of Fame That Make You Think

There are over 250 internationally known and recognized Halls of Fame, for all kinds of sports, businesses, industries, arts and services, and yet, it seems there are but two institutions that initiate the greatest controversies, the thickest reams of opinions and response, the most eagerly anticipated elections short of politics, the busiest use of electronic social media, and the most ardent debates for those deserving or not, both prior to and post any annual declaration of inductees. And those two faculties of fame would be the National Baseball Hall of Fame in Cooperstown, and the Rock and Roll Hall of Fame in Cleveland. 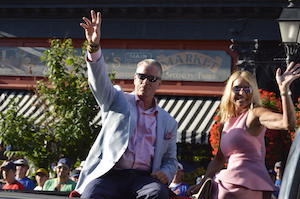 No doubt this opinionated thought will inspire its own slew of comments both pro and con, but with the impending announcement of the latest election considering candidates for the celebrated Baseball Hall of Fame nest week, the thought did occur to this observer that other HOFs rarely garner anywhere near the breadth of pre and post levels of fan and media attention.

Without disparaging any hall of fame and its members anywhere, all, no doubt, deserving in their fields, when was the last time you read a newspaper or online column debating the merits of who should next enter the International Bowling Hall of Fame. Everyone bowls, don’t they?

Even the more A List sports and music halls of fame do not trigger the extent of emotional debates that are attached to the baseball and rock and roll halls.

In just a few weeks, the NFL will announce its latest members to the Pro Football Hall of Fame in Canton, Ohio. And they do a splendid job of celebrating their past, inducting seven newbies each year. Seven. No more, no less. Out of several levels of qualified lists of candidates, it gets whittled down to 15, and a final committee selects the honored seven.

Now maybe there might be a disappointed wide receiver or free safety or an offensive tackle or two that doesn’t make the cut – it’s hard to quantify the stats of some football positions that do not score, other than pro bowl selections or the like – but the point is that you won’t see a gridiron full of columns extolling or questioning its choices. Eventually, most of those 15, if not all, get in. After all, gotta have seven.

And the results rarely are concerned if any honoree may or may not have consumed any PEDs along the way. Exaggeration? Maybe. Maybe not.

This might be shortsighted, but do you recall any controversies surrounding any recent inductions at the Naismith Memorial Basketball Hall of Fame in Springfield, Mass? Can’t think of any, and they induct a bunch every year, too. From a very long list of over 100 candidates in various categories, the list of finalists for enshrinement in this year’s class will be announced during All-Star Weekend on Feb. 18.

But the questions surrounding next week’s announcement for Cooperstown are endless. Should Tim Raines finally deserve a plaque in his tenth and final candidacy. Should the suspicions that Pudge Rodriguez, or Jeff Bagwell, may have used PEDs during their careers keep them from this plateau of immortality. And we’re talking suspicions, people, not hard facts or actual drug test failures. Does the idiotic opinionated rants and vitriolic and socially misguided threats by one Curt Schilling negate any respect of his pitching prowess?

And the big one. Should the impending induction of former Commissioner Bud Selig lift the mental ban off the entire steroid era and give greater credence to the likes of Barry Bonds and Roger Clemens, and recognize their baseball accomplishments despite any associations with PEDs, real or suspected.

On it goes. By this Sunday, every newspaper, most sports magazines and all sports websites will feature columns by those who vote for the Hall of Fame, often checklisting who they have voted for, or not, and why.

And that leads to another level of questioning -whether or not to even cast a ballot.

Our esteemed colleague, Wally Mathews, has already publicly declared he will no longer be voting for the Baseball Hall of Fame, despite his very legitimate credentials for voting with some three decades of being a baseball beat writer on his resume.

Mathews noted as he contemplated this year’s candidates, the process had become “less a pleasure than a chore.”

The very cloudy nature of the entire steroid era and a distasteful incident with a Hall of Fame candidate are also factors, and for the whole story, please read Wally’s column on the subject on his page on this website.

Longtime baseball writer Murray Chass, himself a winner of the J.G. Taylor Spink Award, the Hall of Fame equivalent of a plaque in Cooperstown, chose to turn in a blank ballot as a means of protest.

Apparently, Chass believes the over 600 ballgames that Trevor Hoffman saved were byproducts of happenstance. Or the 1529 runs batted in by Bagwell occurred accidentally. Or that the 2427 games I-Rod played behind the plate, while maintaining a mostly .300-plus average for a 21-year career, combined with 14 All-Star pelts and 13 Gold Gloves were just not worthy of consideration.

For those anxiously concerned that their favorite ballplayers will earn the golden ticket next week may want to check out a site that monitors all of the published ballots cast:

With nearly 200 ballots published, three candidates had exceeded the required 75% minimum for election – “Rock” Raines, Bagwell, and I-ROD, with Vlad Guerrero and The Hoff right on their tail. But before they start enlarging the stage up in Cooperstown for this year’s Induction Ceremony (July 30, by the way, make plans now) know that past tracker results have fallen a little short of the eventual numbers. It does, however, bode well for those at the top of the charts.

Speaking of the top of the charts, let’s get to the other half of this equation – the Rock and Roll Hall of Fame.

Certainly everybody loves music, and everyone has their favorites, both past and present, but the R & R HOF also annually tends to confuse some of their fans with its inclusions and exclusions.

There are over 300 members at their facilities on the lake – bands, individual performers, executives, pioneers, producers, influences, and a very welcomed but previously ignored category – sidemen, and the vast majority have all contributed greatly to the foundation and history of this genre.

The basic criteria are that an artist or group is eligible 25 years after their first recorded release. Great. But it also says: “Besides demonstrating unquestionable musical excellence and talent, inductees will have had a significant impact on the development, evolution, and preservation of rock & roll.”

And there you have it. Rock. Blues. R & B. Soul. Funk. Folk. Country. Metal. They all certainly qualify, rooted in rock or tangents of rock and roll. Not opinion, simply factual. But occasionally, the voting process stretches the boundaries a bit, allowing rap, hip-hop and disco artists into the fold.

When N.W.A. (yeah, I know, not exactly rock and roll) was inducted in 2016, one of their members, Ice Cube, elaborated on the looser criteria: “Rock & roll is not an instrument. Rock & roll is not even a style of music. Rock & Roll is a spirit. It’s been going since the blues, jazz, bebop, soul, R & B, rock & roll, heavy metal, punk rock, and yes, hip-hop. And what connects us all is that spirit. Rock & roll is not conforming to the people who came before you, but creating your own path in music and in life.”

Thank you, Mr. Cube, for that actually very eloquent definition of the essence of rock and roll.

All well and good, and kudos for the explanation, but there would be less whining, that after over 30 years in existence, it would be better justified if the R & R HOF first righted a few oversights before expanding their musical universe.

To earn the eternal gold record, ballots are sent out to over 900 music historians – members of the music industry and every living HOF member – and the top five nominees become that year’s induction class. And something those rockers have included that the Baseball Hall of Fame could take note of and employ – there is an online fan vote. The top five vote recipients from the fans then form one ballot, which is weighted the same as the industry votes, so everyone feels part of the process. Brilliant!

They righted longtime oversights this year by electing the great prog rock group, Yes, ELO, and Journey, all of whom will be officially inducted in ceremonies later this year. The 2017 inductees also include: Joan Baez, Pearl Jam, and Tupac Shakur. But guess who else and which rock bands are NOT yet members of the R & R HOF?

The Moody Blues! Yes, the band that brought full orchestral arrangements to rock and roll, even more so than when the Beatles – thanks to George Martin, who first hired a string quartet to form the track for Eleanor Rigby – are not in the R & R HOF. Jethro Tull, which turned the flute into a rock and roll instrument with dozens of great songs, also have not yet been named. And how about Al Kooper, who was the keyboard player on Bob Dylan’s “Like a Rolling Stone,” played on dozens of high-profile sessions, led the legendary “Super Sessions” recording, created the perenially popular group, Blood, Sweat & Tears (also not included for pioneering horn sections into rock bands, along with Chicago, inducted last year), producer of bands such as Lynrd Skynrd and others, and the writer of dozens of great rock and roll tunes, still overlooked.

So somehow, Tupac Shakur is a rock and roll hall of famer, while the Moodys, Tull, and Al Kooper are not?

If anyone would like to confirm the credentials of any of these bands and artists, as Casey Stengel used to say, you could look ‘em up.

Mr. Esposito has captured the quests, quandaries and questions of both the Baseball HOF and the enigma called the Rock and Roll HOF. While I’ll never agree that players who selfishly tipped the playing field in their own favor at the expense of their fellows and the game, belong in the Baseball Hall Of Fame, why not just put them into a section of their own where tainted records don’t matter? Kind of like a Sisyphean Hell (like Andy quoting Casey, you can look it up) where they can compete exclusively against other users and not at the expense of those who didn’t use? But then again, putting Bud Selig in the Hall is ironic since he is the Godfather of Steroids Use. Without Bud’s tacit approval, Neville Chamberlain-like blindness (look him upon too) and unfathomable, intolerable inaction, the Steroids Era might have come to an abrupt conclusion years early. And regarding the R&R HOF, it’s hard to believe that Tull, Joe Cocker etc are not part of it when they so dominated a period of time and a type of sound. OK, maybe Ronnie & The Daytonas shouldn’t be in. Maybe no Jan and Dean or Jean and Dean or Dino Desi and Billy. Maybe the likes of Sky Saxon, Dee Brown, Metro and Twisted Sister don’t belong, or even The Firm, Joe Public or Kyu Sakamoto. But The Moody Blues? Give me a break. Dump the politics in both Halls and do the right thing. Nice job Mr. Esposito!