Esposito: Yes for Ces – Four for 110 a Mets-Tacular Deal!

It was a better love the second time around. The separation was brief, but with renewed vows equal to four more years and $110 million, the Mets and Yoenis Cespedes are again happily “married.”

It was a deal that had to get done. The Mets knew it. Cespedes knew it. His agents knew it. All of baseball knew it. There was media flak that other clubs would be lining up to offer Ces five years and $150 mil, but that never really happened. The Mets and GM Sandy Alderson worked their magic in advance of the winter meetings next week just to make sure that wouldn’t happen. 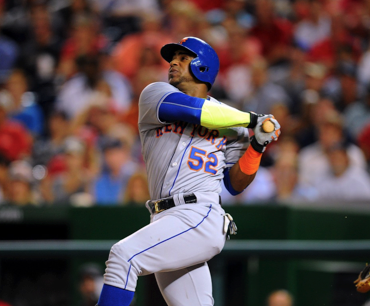 Reportedly the Blue Jays made an official offer of four years for $80 mil, and that may be the only actual offer Cespedes received, but it appears as if all of the talk that the Dodgers and Giants and Nationals and Orioles and Yankees (Cashman was just testing the waters) and others put out feelers, not offers.