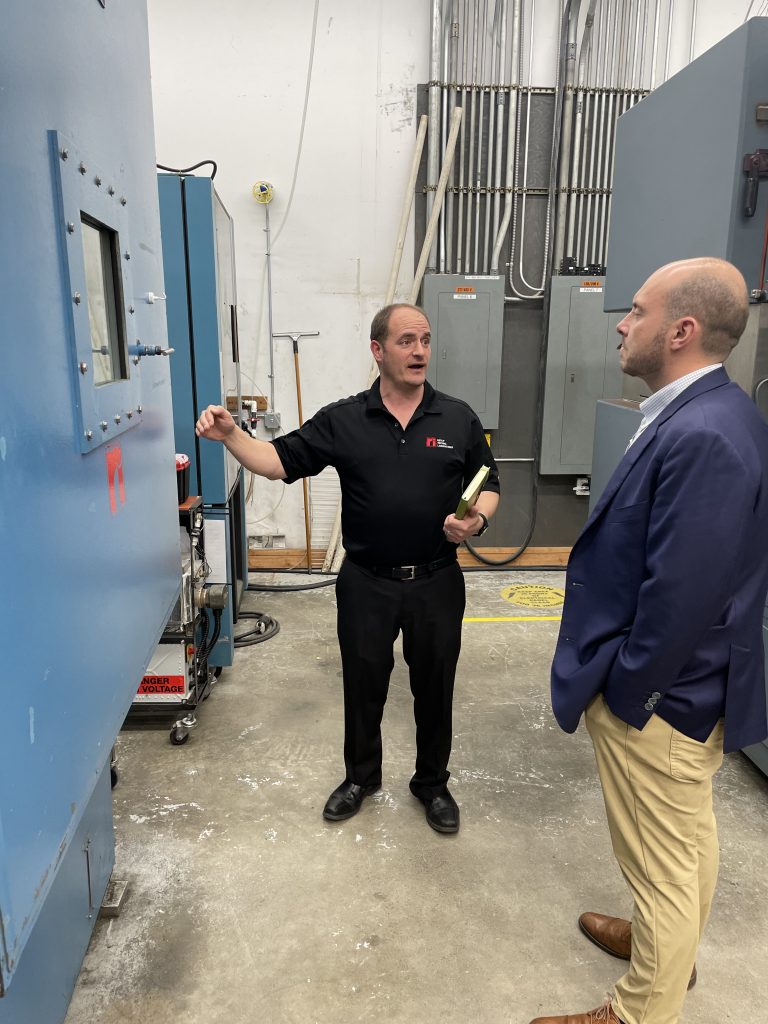 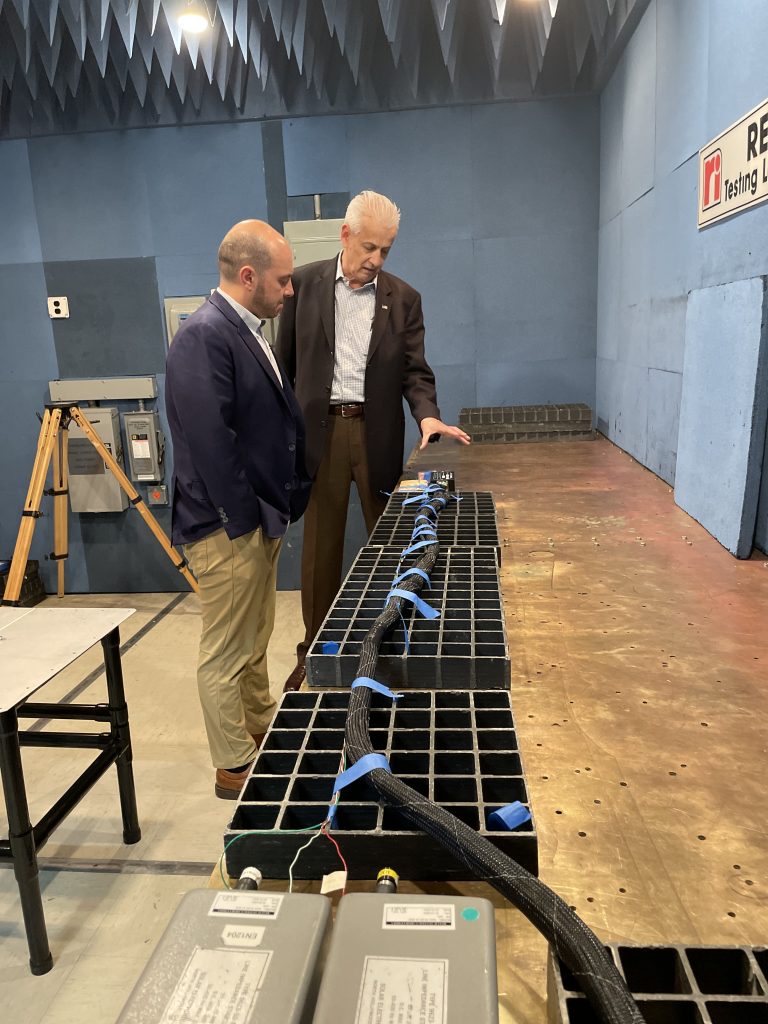 The visit also included an industry roundtable discussion with Congressman Garbarino and six members from the Corporate Committee of the Long Island Council of the Navy League representing leading Long Island defense manufacturers. Topics included the value of technical education and training, the lack of emphasis by schools despite an acute shortage of technicians and engineers, and the need for educational funding to support these growing employment opportunities. Congressman Garbarino expressed support and appreciation for Long Island’s military manufacturing community and offered a helping hand for projects in need of appropriation. 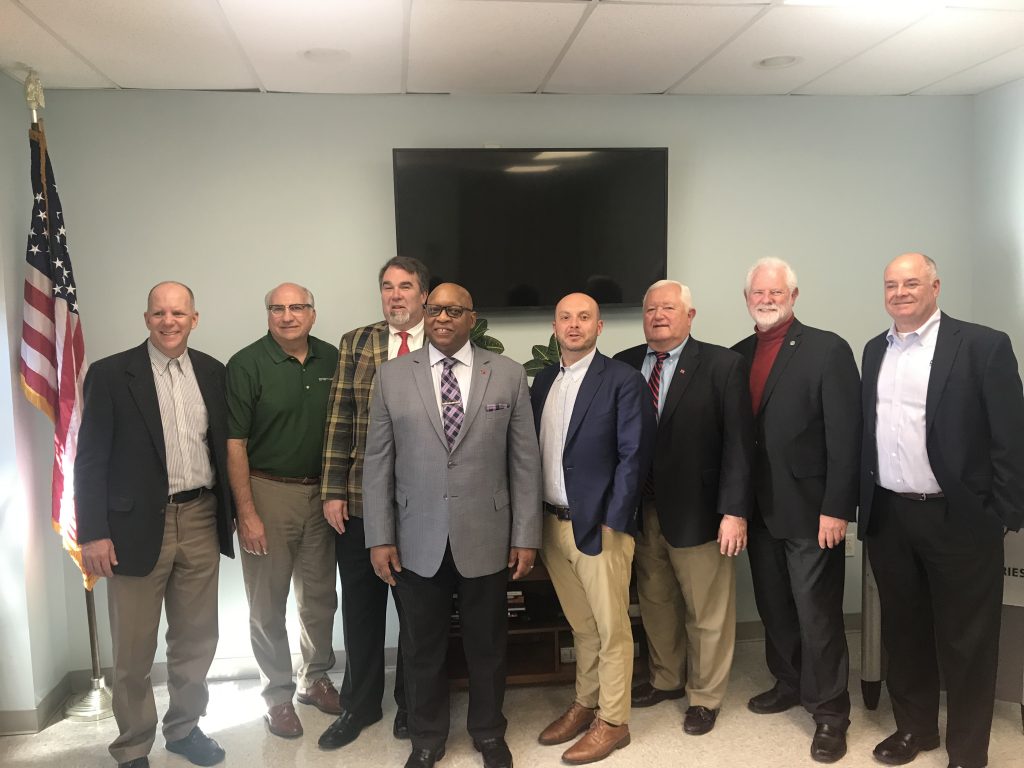 “I am extremely appreciative of Congressman Garbarino’s visit to Retlif headquarters,” stated Walter Poggi, “and I know he received a thorough appreciation of how our testing supports Long Island’s defense manufacturing community. I am also very pleased that we were able to provide a forum for Congressman Garbarino to meet representatives of the Corporate Committee of the Long Island Council of the Navy League in person to better understand their concerns and interests regarding the future of  defense manufacturing on Long Island.”