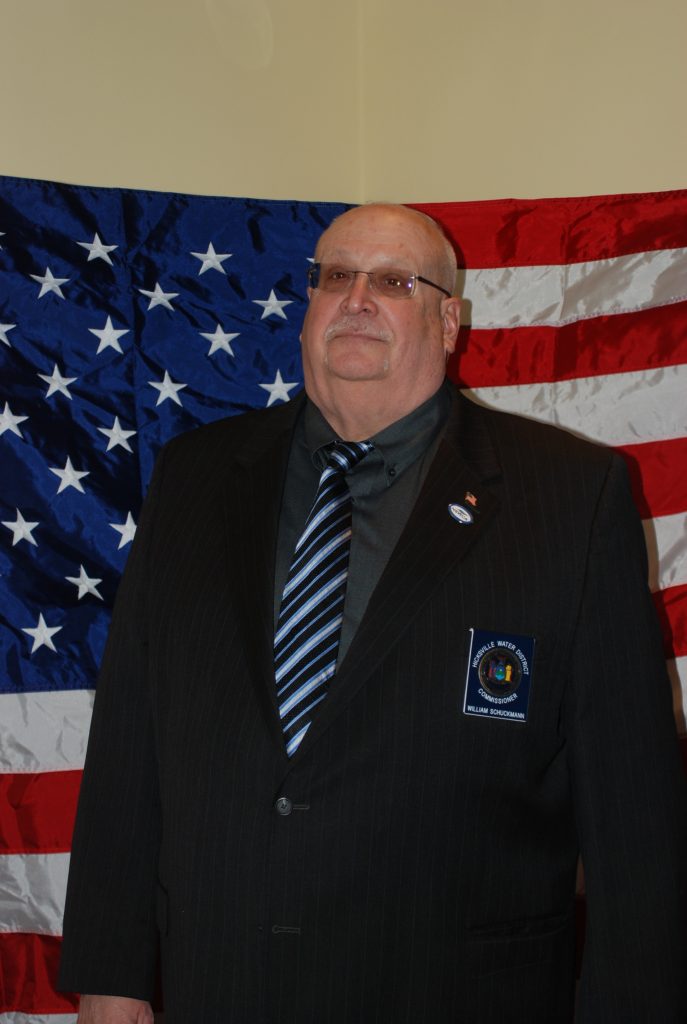 The American Water Works Association (AWWA) is recognizing NSWCA President and Hicksville Water District Commissioner William Schuckmann with the Life Member Award for numerous contributions to the water community. A leading authority in the industry in several capacities for decades, including his service with the Nassau Suffolk Water Commissioners’ Association (NSWCA) Mr. Schuckmann has been an AWWA member for over 30 years.

“It is truly an honor to receive this Life Member Award from the AWWA,” said Commissioner Chairman William Schuckmann. “I have worked my whole life in the water industry, and this recognition is something I will cherish forever.”

Mr. Schuckmann’s career is studded with successes beginning with his time as a laborer at the Hicksville Water District. He advanced to foreman and in 1998 became Superintendent of the District which was established in 1921 and now serves some 48,000 people. As Superintendent, he was responsible for providing the Hicksville community with over two billion gallons of clean drinking water and managing numerous wells, 184 miles of water mains and over 1,600 fire hydrants. In 2014, Mr. Schuckmann, a Hicksville resident, was elected Water Commissioner the Hicksville Water District. He, along with fellow Hicksville Water Commissioners Karl Schweitzer and Nicholas Brigandi, have led the fight against emerging contaminants and 1,4-dioxane.

As President of the Nassau Suffolk Water Commissioners’ Association, Mr. Schuckmann has taken a leadership role in communicating with and ensuring water delivery to 21 voter-elected water districts during the current the COVID-19 pandemic. A longtime active member of the Long Island Water Conference (LIWC), he has helped to direct the organization’s focus regarding coronavirus supplies.

“We are very proud of Bill and everything he has accomplished during his tenure at the Hicksville Water District,” said Commissioner Secretary Karl Schweitzer. “He has always been committed to bettering his community, and is well deserving of this recognition.”

Mr. Schuckmann has also been active in his community outside of the Water District. Since 1971, he has been a member of the Hicksville Volunteer Fire Department Rescue 8. He served as the Company’s Captain (1976-79 and again in 2015 and 2016), and rose to the ranks of Assistant Chief and Chief (1986-87). He has been elected to serve three, five-year terms as Fire Commissioner following his tenure as Chief. In sum, Commissioner Schuckmann has spent more than 49 years as a volunteer with the fire department. He also ran the Company 8 golf outing for 25 years which helped fund charities throughout the Hicksville community and, most recently, his efforts helped adopt families during the holidays to provide additional joy to deserving, in-need families. Mr. Schuckmann also serves on the Board of Directors for the Hicksville Chamber of Commerce and is a past president of the Hicksville Rotary Club in 2001 and 2006.

“Bill is definitely deserving of this recognition from the American Water Works Association,” said Commissioner Treasurer Nicholas Brigandi. “He has given almost 50 years to the water industry and we are so proud on how hard he works every day to ensure our water’s safety.”